So last month I participated in my first Craft Swap that was put on by Katie from Skunkboy Creatures. It was such an awesome experience! I got paired up with Kasia from Poland, which was so cool to get to meet a someone from across the globe! We swapped stories and details from our homelands and asked for some guidelines (fav colors, mediums etc.) and then made goodies for each other! And then the waiting began (Poland is pretty far away!)....

One afternoon about a week and half later my mail lady rang my bell with a package! "Is this from Poland???" I squealed.... It was! Yea, SO much fun to get surprises in the mail! Check out what the SUPER talented Kasia sent my way.... 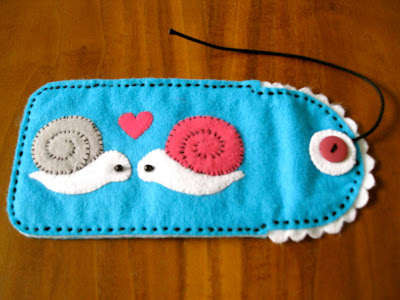 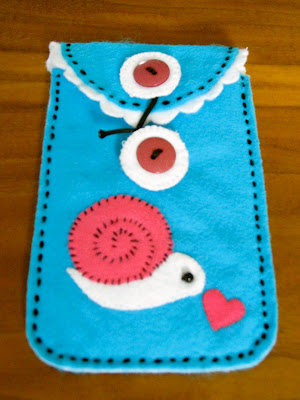 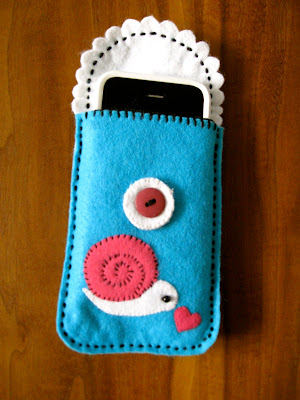 In addition to this adorable felt snail pouch (that my iPhone just happens to fit perfectly in!) she also made me a beautiful bracelet made of small felt balls and a mini journal made from a post-it pack! So clever! She and a friend have an awesome blog called The Craft Royalists, which is all in Polish, but they are both super cute and their site is loaded up with great pictures. Thanks again Kasia, I LOVE my stuff, and get compliments on my phone case all the time!!

Below is her swap item, a hat I crocheted and added some goodies too! 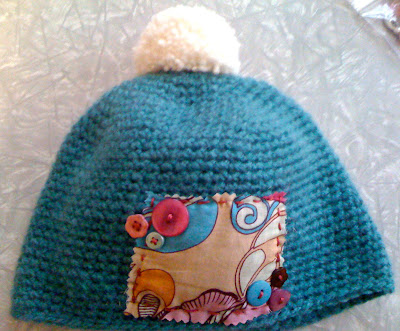 Look how cute Kasia is in her hat! Thanks again Kasia, it was so much fun! 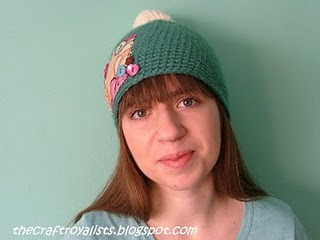 Photo Source
I seriously recommend doing a swap, it was great motivation, and was SO much fun to feel like I had a pen pal from a far away land :)

I am off to meet a friend at the "cheapie" theater as we like to call it (it's a second run theater, all shows $3, can't beat that!) to see It's Complicated.... Hope its funny!