Our trip to Costa Rica was amazing and we just have way too many pics for just one post, so I will break it down a bit....

For this Part 1, I wanted to show where we stayed when we first arrived in the country and how we got there.  Here goes...

After landing in the San Jose airport, John and I took a taxi to a smaller airport about 25 minutes away.  We got to see parts of San Jose as we drove through the hilly streets, catching a glimpse of daily life.  Some areas were extremely nice, while others you could tell poverty was more prevalent, but every single Costa Rican we encountered was beyond friendly and always had a smile. 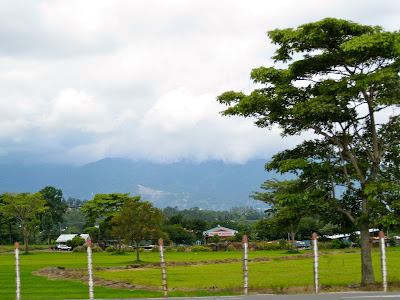 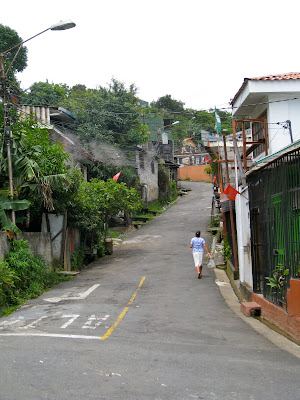 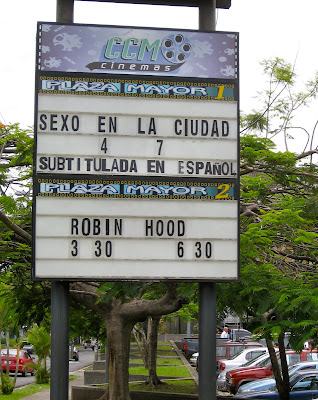 Once we arrived, we got to board one these smaller and beautifully painted NatureAir aircrafts. This flight would take us towards the Pacific coast to a small beach town called Tamarindo.  The flight took under 45 minutes, and we got to see absolutely breathtaking views, and had we driven, it would have taken us more than 4 hours.  For roughly $70 a ticket, it was well worth it!  Plus, NatureAir is the world's first carbon neutral airline, and we try to be as easy on Mother Earth as possible when we travel. 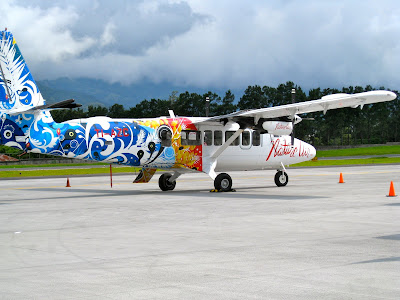 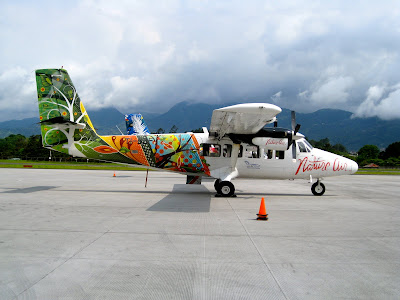 Check out some of the incredible views we had while flying! 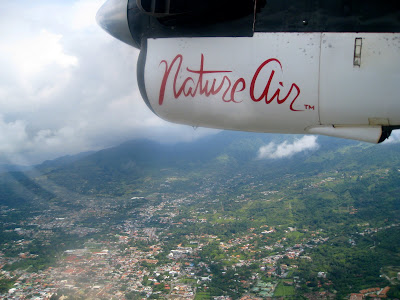 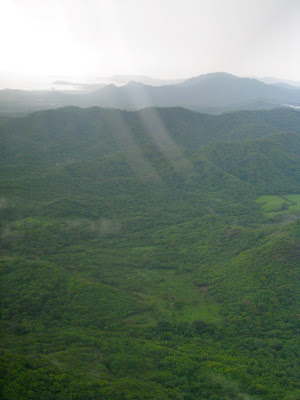 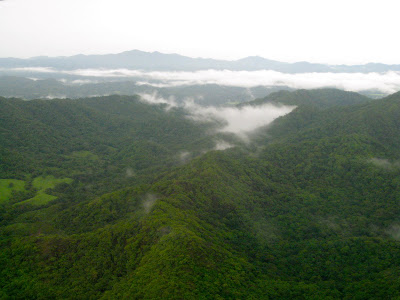 In Tamarindo, we landed at the tiniest airport I have ever seen! It literally was like a pole barn with a tar and gravel "runway". 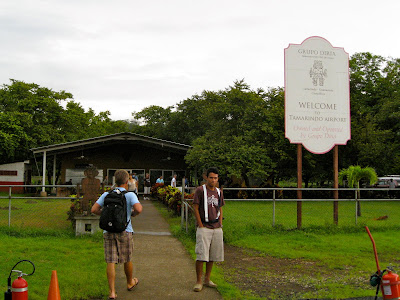 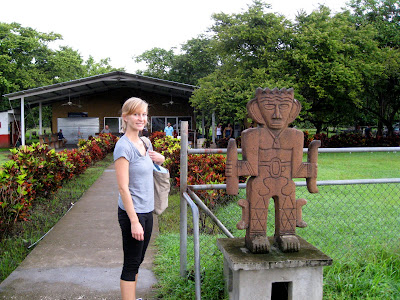 And take a look at their high tech "fire dept"! Being that John is a firefighter, we had a little chuckle over that! 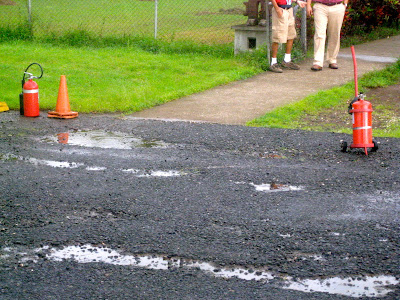 When we got to the Tamarindo airport a man was waiting for us with our rental car, and we proceeded to drive to our destination, a small beach-boutique hotel called the Rip Jack Inn in Playa Grande.  The Rip Jack is owned and run by the nicest couple ever, Annie and Dave, whose sweet daughter Maggie was 2 1/2 was practically fluent in Spanish! it was ridiculous to hear this little girl alternate between languages without missing a beat!  And has luck would have it, Annie and Dave's anniversary was exactly the same as mine and John's, same year and everything! How's that for cosmic forces at work... Sadly, when we got home I realized I didn't have one single photo of this adorable family, but perhaps that was my subconscious way of ensuring we have to return ;) 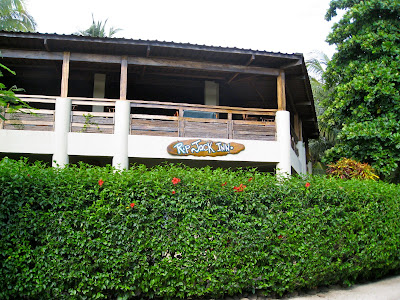 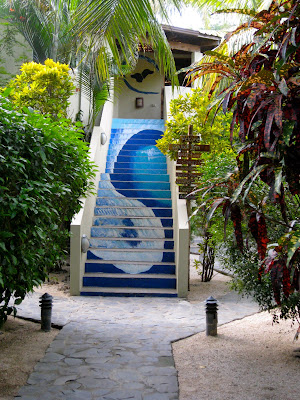 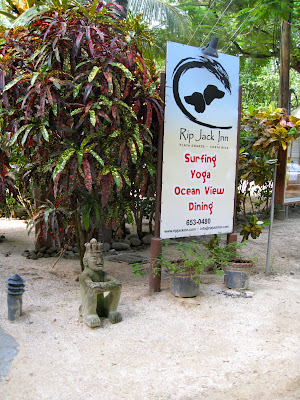 The upstairs of the hotel was a bar and restaurant, and every morning they would push all the tables and chairs aside and have yoga!  It was the perfect way to start the day, and you could even see a sliver of the ocean. (the hotel is in the Las Baulas National Park whose main objective is to protect sea turtles, so all the properties have to be so many feet away from the shoreline) 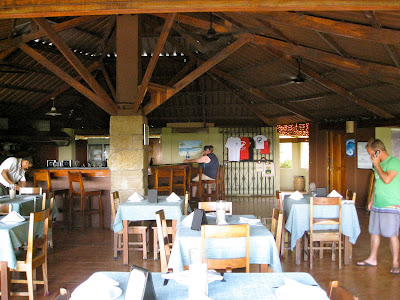 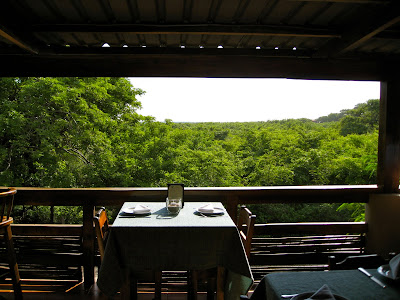 Dave and Annie's dogs often come in to work with them, and there were several resident cats, one of whom decided to join us for our meal on more than one occasion! 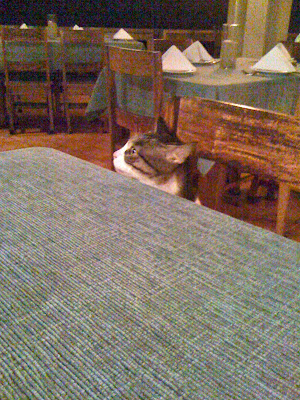 This is the path that led from the hotel to beach.... 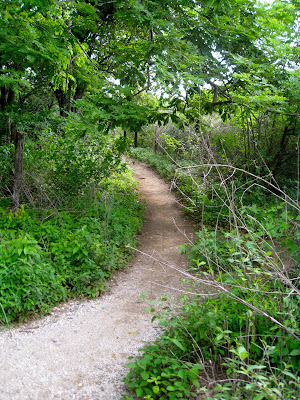 and this was the view as you cleared the path... 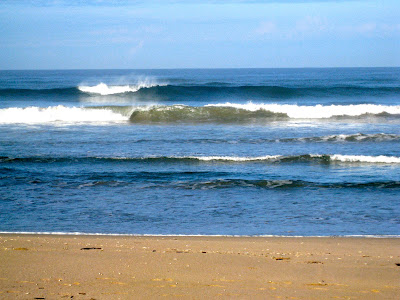 looking to the South... 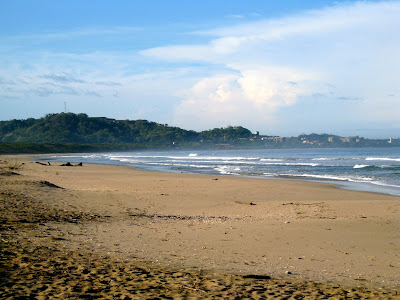 and to the North...    needless to say it was beautiful! 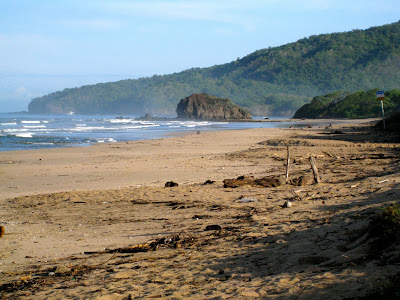 Our first night in town we were exhausted from a day of travel, so we just grabbed a quick, albeit delicious, dinner at the restaurant at Rip Jacks, but our second night we wanted to venture out a bit and decided to drive into Tamarindo.  Annie and Dave recommended a place called Le Beach Club, which was situated directly on the beach, so we headed out to give it a try.  When we first arrived in Tamarindo, which is about a 20 minute drive from Playa Grande, the entire town was out of power, but we saw a sign for Le Beach Club and thought we would give it a try.  It was a bit spooky walking through a completely dark town, but people were still out and about, and Le Beach Club said they were open for business!  As we sat, the entire place was lit by candle light, but within 15 minutes their generator kicked on and we were back in business!  The food was excellent too! 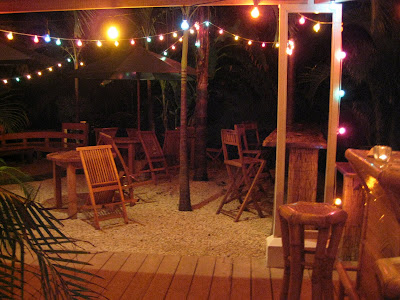 I promise, he's having more fun than he looks ;) 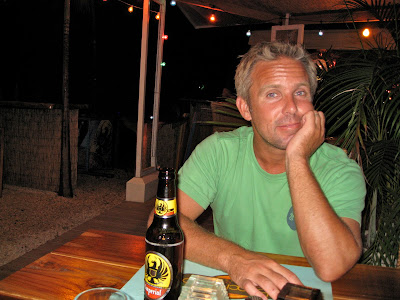 And after several mojitos, I look like I am having enough fun for the both us.... 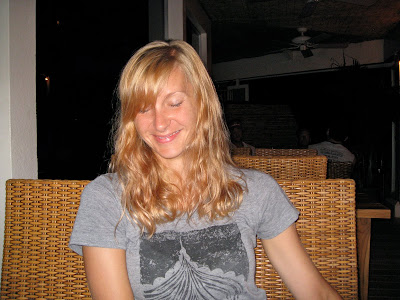 The next morning, back at the hotel and after yoga, we were chatting with Annie and Dave who were adamant about us making the journey to the Arenal volcano, one of the world's 10 most active volcanoes! It was a 4 1/2 hr drive away, and Annie said we had to atleast spend one night there, and was gracious enough to take the night off our reservation so we could go! (see, like I said, nicest people ever!) So Sunday morning we packed up and started heading inland.... 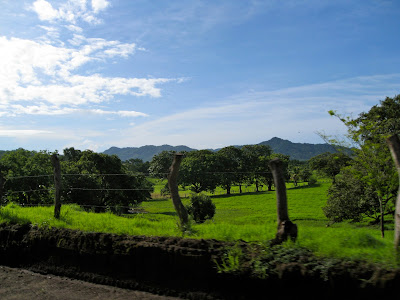 Stay tuned for Part 2, our trip to Arenal! Thanks for taking a peek at the photos, hope it wasn't too much, but it is so fun blogging about this because you kind of relive it all in your mind!

Hope everyone is well!  Got lots of fun things coming down the pipe, like more Costa posts, and something super exciting on Friday!! Yea!