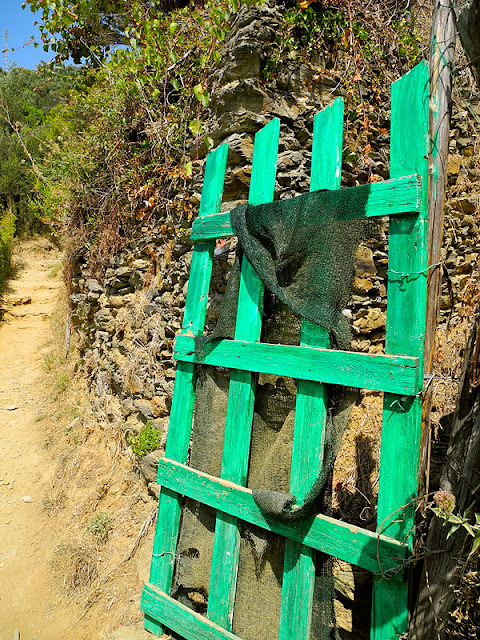 How did I miss a whole month? Crazy. And not only that, but its a while new year. Crazy. Tonight is the last night before I'll be heading back to work, I took the week off between Christmas and New Years. As I sit here and write, I am watching Office Space on Netflix, which I think may be the perfect movie to end vacation on, don't you?
Our holidays were pretty much awesome all the way around. JB was actually off Christmas Eve and Christmas Day, the first time in four years. On the years that he works, I try to tell myself that it isn't that big of deal, and just focus on spending time with my folks and family, but it really makes a huge difference to have him here.
I haven't blogged, well, I guess mainly because my brain has been on overload and blogging just got pushed to the back burner. There are big plans in the works over here for this new year, plans to move in a slightly different direction. Posting here may be slightly more sporadic, but you'll be able to find me somewhere new. More to come on that soon, my good buddy Trey is busy building me a new space. But fear not, A Bird Out of Water is not going away, no sirree bob.
In dealing with this new 'space' I mentioned and all that that will entail, I have been dealing with a fair amount of self doubt. Fear. You know, all the typical trappings of trying to branch out and make a big change. And of course being the first day of the new year, there has been a fair amount of reflection of 2011.
I thought back on how the year started in photo school and by the Fall I was tromping about Europe solo. Sometimes thinking back on those 22 days, I have to pinch myself and remember that it really did happen. I really got on that plane to France, by myself, scared shitless. And after a week over there, I stretched myself a little further and traveled to the Cinque Terre. 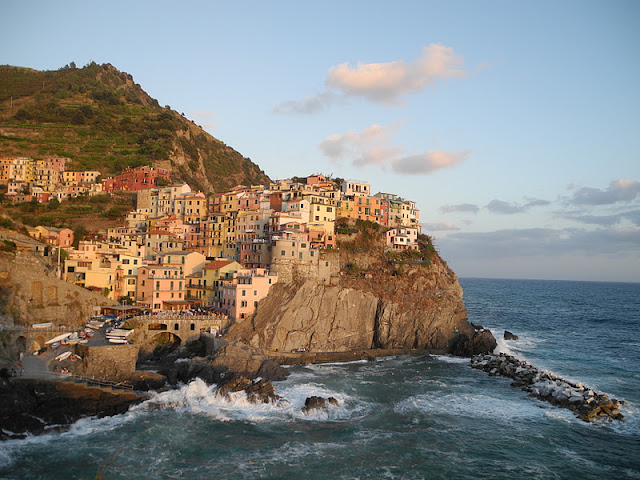 The Cinque Terre, or 'Five Lands', is a grouping of five small villages along the Italian Riveria surrounded by the Cinque Terre National Park, a UNESCO World Heritage Site. Simply getting there was a feat in of itself, taking 8 hours, 4 trains, 2 of which weren't air conditioned, and about 5000 stairs all while lugging my giant suitcase, but arriving at the top of the hill in Manarola was a fantastically empowering feeling.  Once there the only way to travel between the five villages is to ride the small train system within the Cinque Terre, or hike. 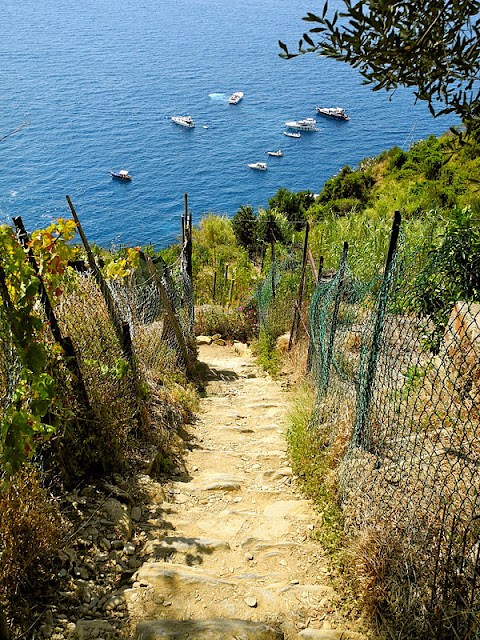 The ultimate high of my whole trip was on my second day in the Cinque Terre, hiking solo for two hours to the top of mountain between Monterosso and Vernazza, and looking back down on to blue waters of the Mediterranean. Standing there alone, I felt like a million bucks, like I could do anything, and like I was dangerously close to having a Leonardo DiCaprio-esque 'king of the world' moment. Don't worry, there was no shouting or wind blown hair. Just dirty knees and several blisters. 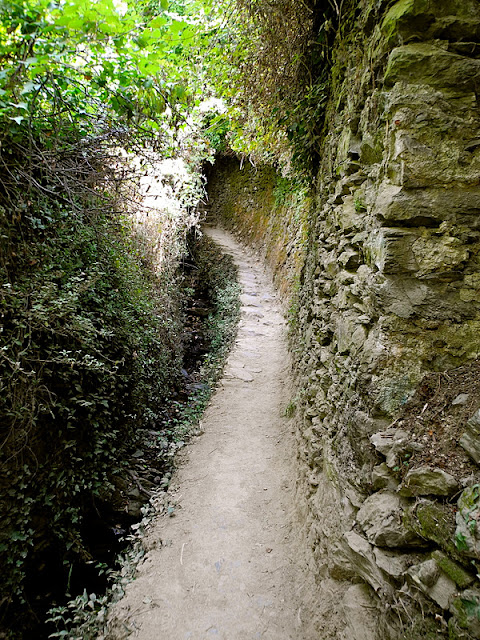 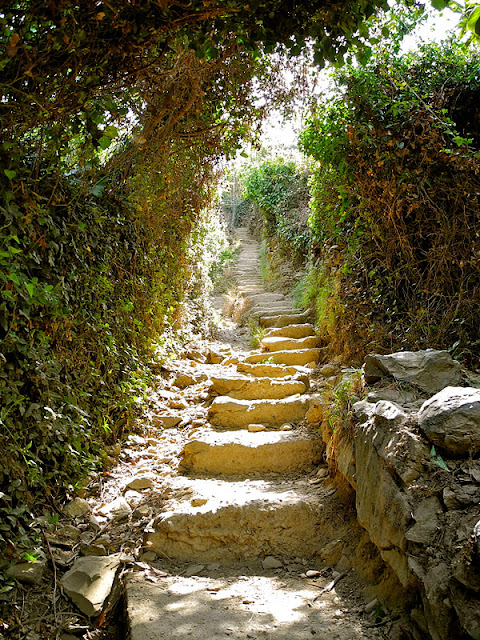 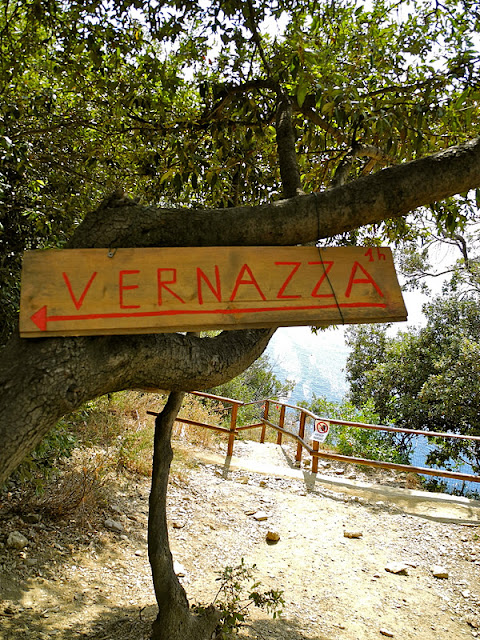 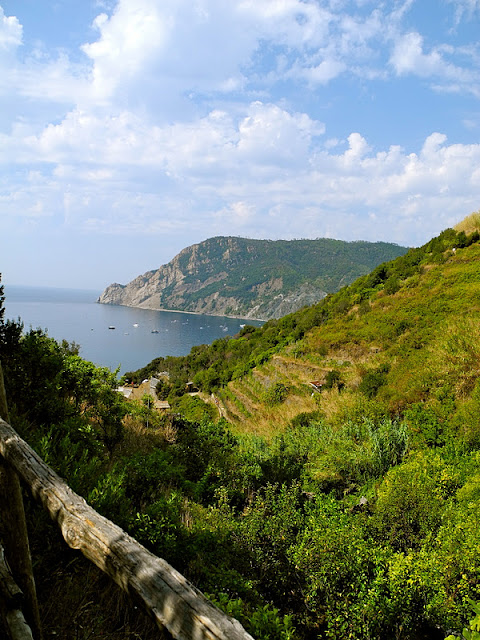 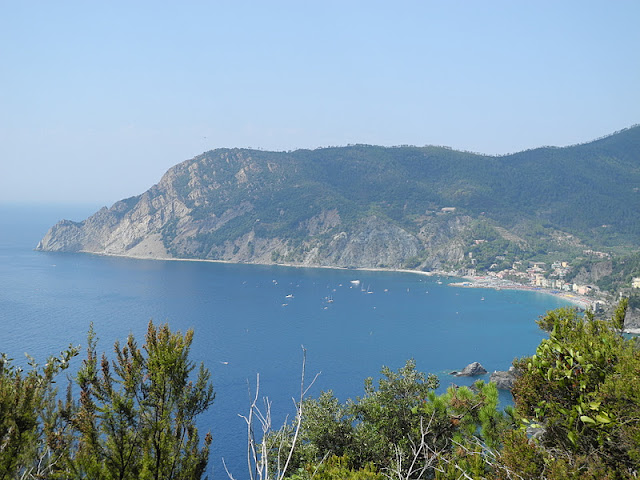 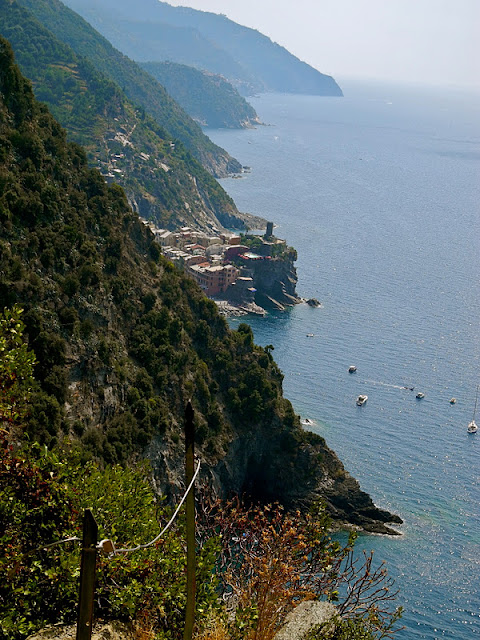 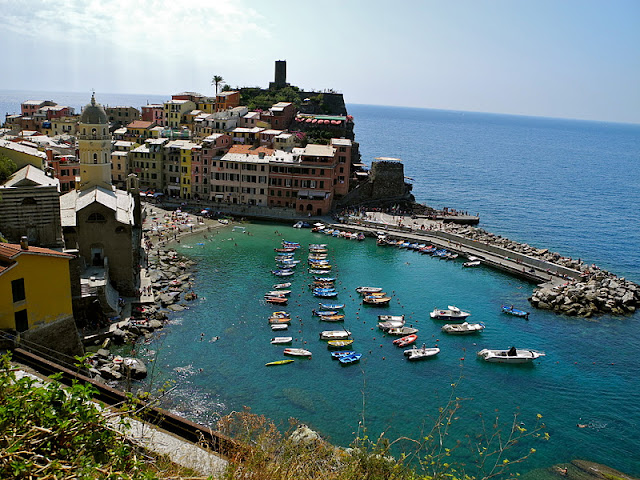 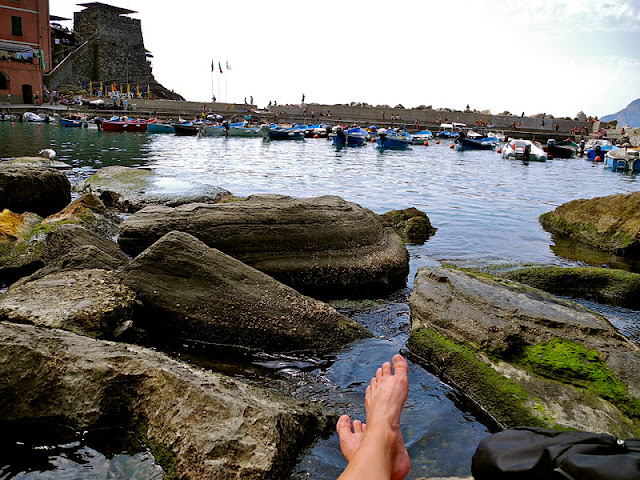 But I did it. On my own, SOLO. Lots of people have asked me both prior to my trip and then even after coming home, why on Earth I would want to travel half way around the world alone, and while my answer sometimes varies a bit, the best answer I have heard was shared by an Aussie girl I bunked with at the Hostel Cinque Terre. There were four of us in our room, 3 Aussies and me, the lone American, all female, all under 30, all traveling alone. We were discussing how often this question came up, and how we answered it. She simply said, 'I wanted to travel the world alone, so that when I return home there will be nothing left to be afraid of.' Amen.
For me I think that was what 2011 was all about. Pushing myself, scaring myself, forcing myself out of my comfort zone. So that there would be nothing left to be afraid of.

Here's to a brave New Year. 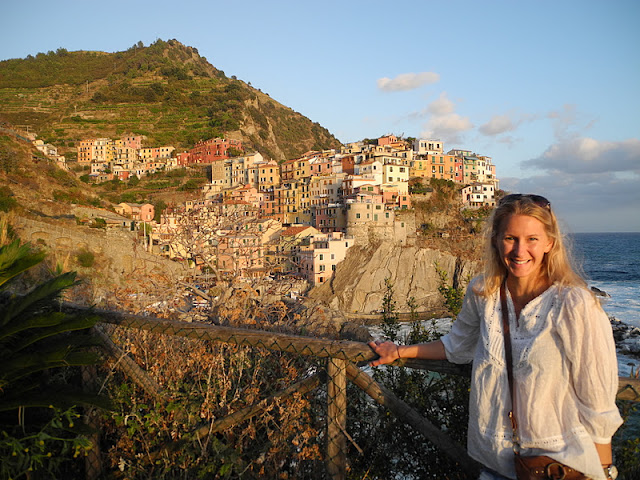