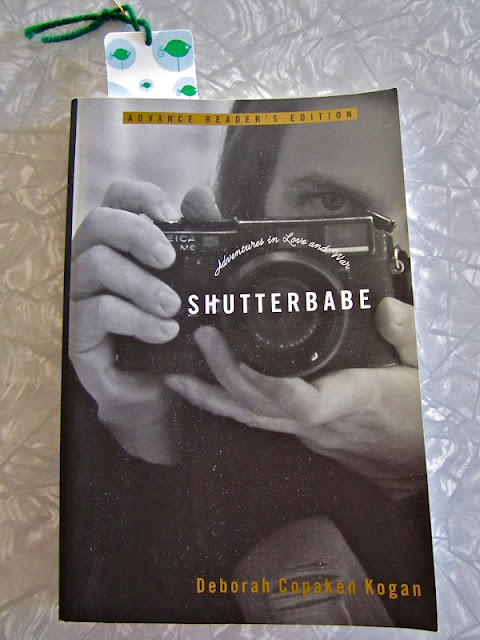 I was given this book by one of my client's after he read an article in the Washington Post about the author. Adventure, travel, photography. After reading just a small excerpt in the article, this client told me he knew I had to have this book. (Have I mentioned that I am the luckiest girl in the world to have such amazing, thoughtful clients? I could not be more grateful.)

Shutterbabe is the memoir of Deborah Copaken Kogan, a photographer, writer, and all around bad ass female. The book chronicles her early years as a photojournalist and is every adventure lovin', globe trekkin', picture taken girls' dream. It's one of those books that is so good, I can't put it down, and yet I am purposefully trying to make myself slow down because I don't want to be done reading it.

Covering a span of few years in the late eighties/early nineties, the book chronicles her time spent as an early twenty-something woman living in Paris as a home base as she travels to Afghanistan to photograph the Soviet pullout, Switzerland for heroine users, Zimbabwe shooting the Rhino War, orphans in Romania, and I'm not even through the book yet. Her brutal honesty makes the book and stories of travel to such extreme places relatable, as she shares about dealing with menstruation while on a truck filled with an Afghani freedom fighters to being shit on by monkeys while camping along the banks of a Zimbabwean river and even the perils of her own love life, which she shares with equal candor.
The era the story takes place in is adding another interesting element. I was just a kid in the early nineties, but old enough to remember the time before cell phones and digital cameras. Reading the trials and tribulations of her relying on pay phones and using only film, as this was all that was available at that time, takes on whole new meaning to me as the bulk of the work I did in my semester of photography was done in film. She talks of having to race to the airport to find some unsuspecting person to take her film back to Paris and having to take the time to load her film in the heat of the moment, all issues that photogs of today never have to deal with anymore, as we can all now just email our hundreds of digitized images instantly, no air travel required.

And while this is quickly moving up the ranks as one of my favorite books ever, let me offer a small word of warning. This book is definitely not for the squeamish or the faint of heart, as some of her stories, especially the one of the Romanian orphans are almost too hard to read for their gruesomeness. Like I said, she is brutally open and honest. However, if your stomach and heart can take it, this book is incredible.

Her work as a photographer speaks for itself and I love that on her site she shares a mixture of her grittier film work alongside some her new landscape work and even iPhoneography.  On her website you can see more of her work.

I haven't been this inspired to take a trip and photograph everything and anything in sight in a long time. And to write. This is the kind of book, and Ms. Kogan the type of author, that compels me to become a better writer myself.  For now though, eating my Ethos vegan takeaway cookie and having my cup of tea whilst reading will have to suffice. But not forever... 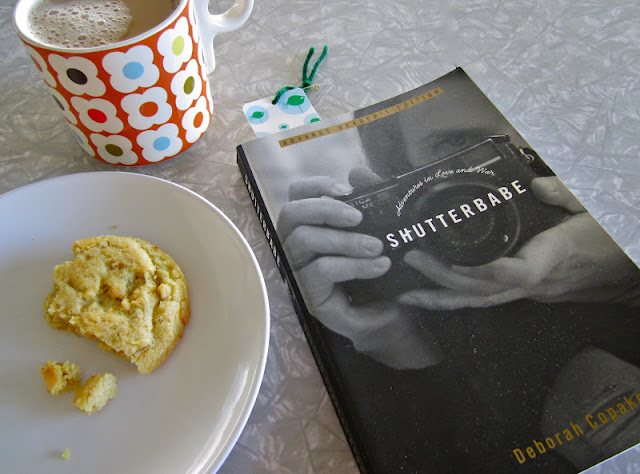 She has written several other books, all fiction, that I think will be next on my literary shopping list, the first to be ordered being her not yet released, The Red Book, which I've read described as 'The Big Chill for the Facebook generation'. Sounds very interesting.

On a side note, I hope everyone had a safe and rad St. Patty's day! If your celebrations left you feeling a bit green though, head over to Holistic Movements for a detoxifying Green Kale Lemonade and you'll be back in tip top shape on no time!

All images of Deborah Copaken Kogan's work taken from her site, including The Red Book cover. The other two images were taken by me.
Posted by A Bird Out of Water at 10:22 PM